I can't believe it's taken so long. We have an old trailer tent and we finally managed to take a break for a couple of nights after talking about it ad nauseam. We went to Arisaig in the West Highlands (of Scotland), about 4 hours by car. Though, I have to say, I saw the forecast and noticed there wasn't any rain. In fact, there was a hardly a cloud in the sky, which meant a clear view of the Northern Sky at night. It was really wonderful... 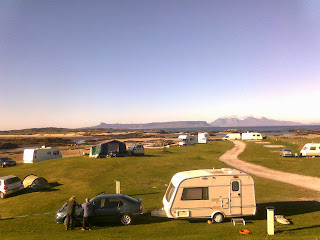 Our tent is in the middle on the hill, with the islands of Eigg and Rhum in the background. 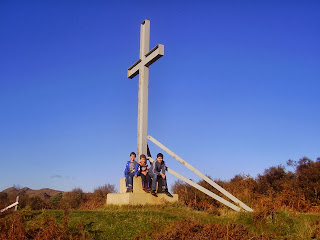 I
The area is also referred to as Blessed Morar, relatively untouched by the Reformation. 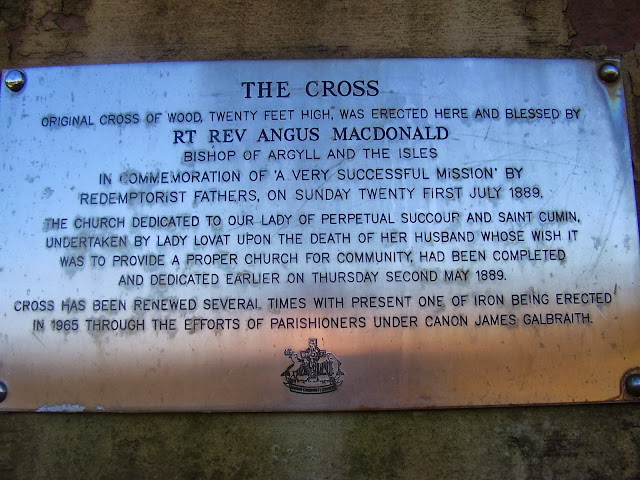 In front of the cross you have a superb view of the islands. To the rear of the cross is Loch Morar. There is a somewhat lengthy account of the history of the cross and the area in the context of the Reformation given here. But the detail of how there was a secret seminary on the island after the Reformation and how it's chapel was destroyed is a salutary reminder of how the Catholic Faith survived during difficult times. 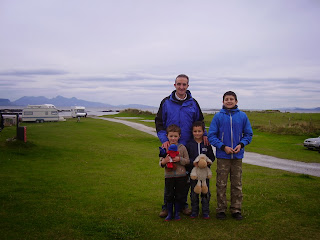 And here we have the very train viaduct used in three of the Harry Potter films that we passed in Glenfinnan on the way. (A clear view follows). We also saw the steam train twice! It was lovely. Literally, a blast from the past. 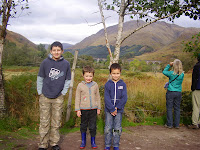 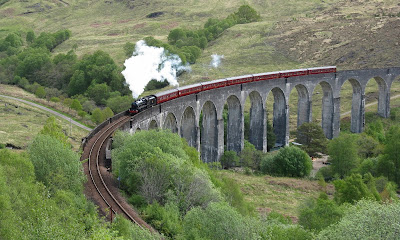 Posted by MrOptimism at 14:26 No comments:

MrOptimism
I'm a very happily married man, with five and a half children, four and a half sons and a daughter. One of my sons is very special and goes to a school that can handle just how special he is. He is a son-and-a-half in the nicest possible way. I'm also a Catholic primary teacher in Scotland and my wife is the most beautiful woman in the world. She's really a rock star's wife so I don't know what happened there. Nevertheless, I know I can often see the glass half empty so I hope this blog provides a bit of balance for me and whoever reads it. We are all children of a Good God after all.